It’s been three whole months since we welcomed WeCompress.com, our free online compression tool, to the Neuxpower family. We’ve seen hundreds of thousands of files get uploaded and compressed in this time, and we’ve been using the data we’ve collected to constantly improve the engine we use across all our technology.

We thought you’d be interested in getting a rundown of what we’ve seen so we prepared a short summary just for you.

First let’s set the scene by quantifying the amount of traffic we’ve had to WeCompress.com during this time. We’ve seen just under 52,000 unique users visit our site and we now see around 7,000 new visitors each week. The vast majority of this comes through organic searches too, so not bad for three months! 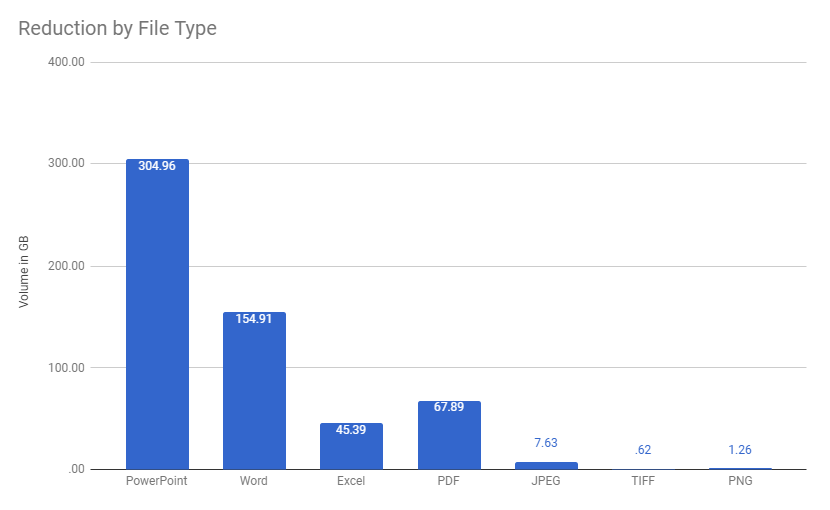 That gives us an idea of the amount of people passing through WeCompress, but what about the amount of files we’ve seen and the space reclaimed? Well, a grand total of 108,919 files have been uploaded to the site, which translates into just over 1.1TB worth of files submitted. From that WeCompress has managed to reclaim over 625GB worth of data for our users, that’s an overall reduction rate of 57%.

Now we’re going to delve a bit deeper and look at the file types we’ve seen uploaded to the site: 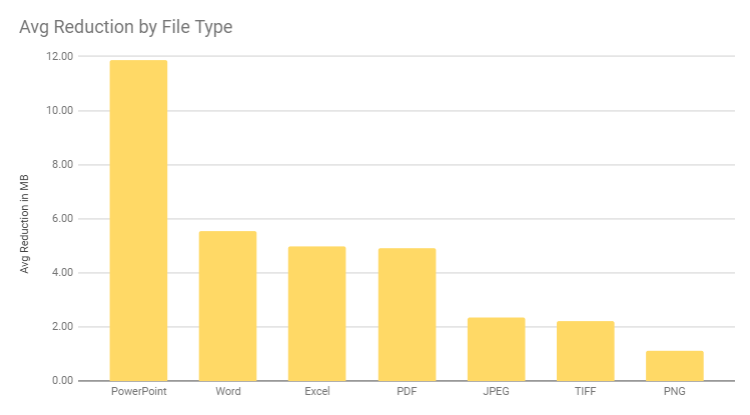 PowerPoint presentations have seen the greatest total reduction during these three months with 305GB having been reclaimed by WeCompress users. 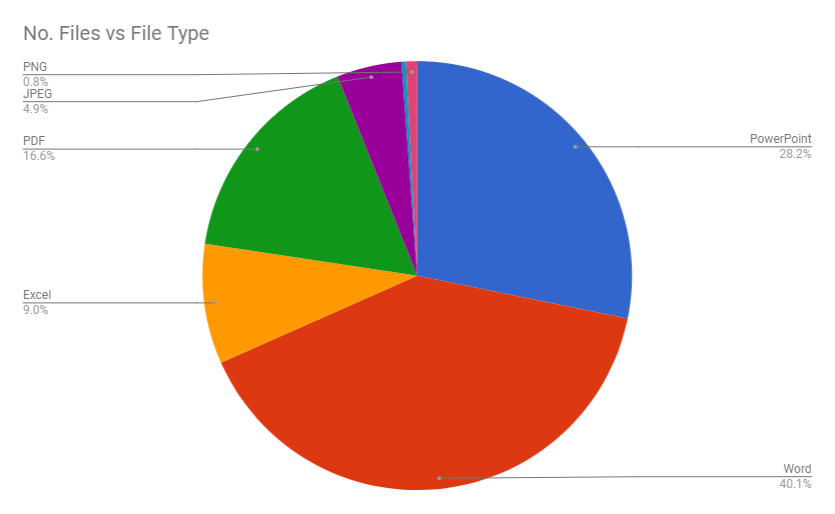 PowerPoint also ranked the best for average compression with just over 10MB per file. Of all the types of PowerPoint file uploaded .pptx saw the greatest total compression.

With just under 40,000 files uploaded over this period, Microsoft Word files were the most common file type to be uploaded for compression, almost 12,000 more than the nearest challenger (PowerPoint).

When we launched WeCompress we built in an easy way for users to share files we couldn't compress and they haven't disappointed. We’ve seen a total of 150 files in three months, ten times the amount of files we received in the year before we launched WeCompress. These files have helped generate a list of improvements for us to incorporate into our technology. We’ve already made three fixes that we’ll be releasing to WeCompress next week. Following successful deployment these features will be winging their way into the rest of our product suite - a continuous and rapid cycle of improvement.

It’s still very early but we’re excited by the amount of files that have passed through WeCompress in such a short time. It’s given us some new areas to probe and means our technology continues to evolve which means you get the benefit of improved compression sooner. The future looks bright!

Fast, secure offline file reduction whenever you need it. Packed with extra features…

See the exact size and location of all the media in your PowerPoint file with Slidewise. Learn more…

See why your file won't compress

Our Slidewise PowerPoint Add-In will show you exactly what makes it big. Learn more…

Why not try our Desktop app instead for super-fast, local file compression…

We noticed things taking longer than usual, here's what we know…

The file you've added here will continue to upload while you try out our desktop app, so there's nothing to lose!

NXPowerLite Desktop has no size limits, is super-fast and can compress multiple files at once. Try it free today.

"NXPowerLite works like a charm. I use it every day to compress files. Never a glitch."

Double-click the NXPowerLiteSetup.msi in your download folder to install the software, if it hasn't started downloading, click here to try again.

Double-click the NXPowerLiteSetup.dmg in your download folder to begin installing the software, if it hasn't started downloading, click here to try again.

We'd love to hear from you!